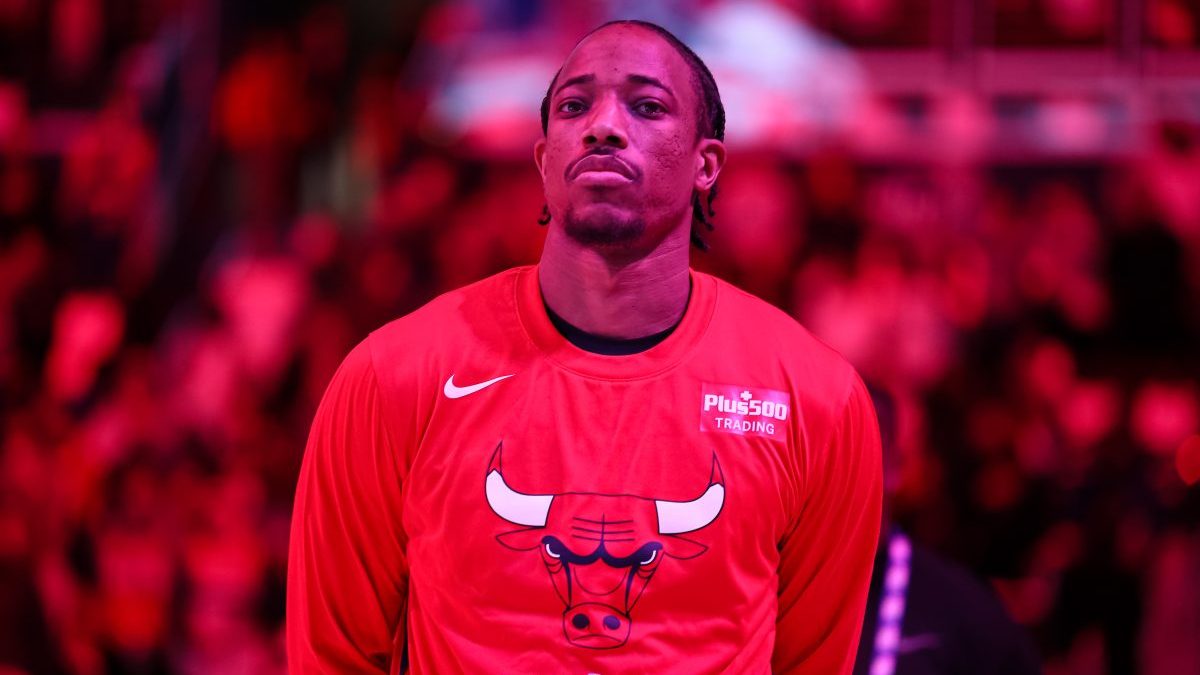 Don’t look now but Chicago Bulls star wing DeMar DeRozan is just 24 points away from 20,000 in his career – he would be the 50th player in NBA history to do so. One does not achieve such a lofty mark without a combination of talent and a strong work ethic.

It also means that player has been around for some time and has witnessed the inner workings of an NBA locker room or two.

DeRozan certainly has his fair share of stories to tell.

But one thing he won’t do is pass judgment on a situation in which he is not privy to all of the details. That is a message he passed along regarding the recent dust-up between Golden State Warriors stars Draymond Green and Jordan Poole, “we don’t know what happened, what was said”.

The Bulls’ five-time All-Star sat down with David Aldridge of The Athletic to discuss a wide array of topics spanning his 13-year NBA career. In all that time – like an eternity with the average NBA career lasting roughly 4.5 years – DeRozan has seen a thing or two.

Some of them have been altercations that have gotten physical.

“A lot of times when I’ve been around that, you come back even better,” DeRozan told Aldridge. “Especially when the guys understand what was at hand. So, for me, I definitely look at it from a different light. It just sucks that the perception got out there, and people look at it however they want to look at it. But it’s nothing that’s uncommon. Not saying it happens all the time, or I’m not saying it’s the right (way) to go about it. But when you’re dealing with the ultimate competitors in our league, things are going to happen.”