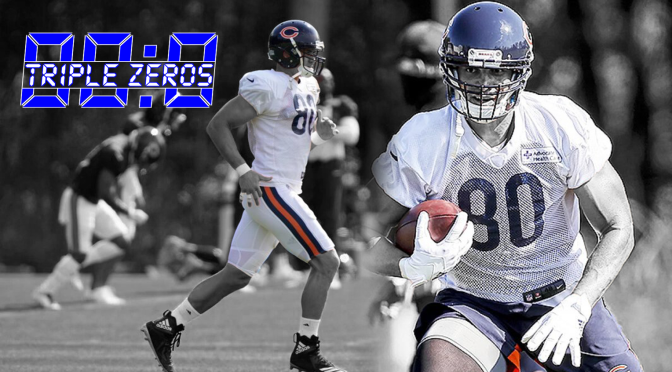 JJ Stankevitz of NBC Sports Chicago joined me on Triple Zeros to talk all about the Bears. We covered the QB battle, who’ll start at RG, and much more!
⚓️: https://tinyurl.com/y6xf63d5 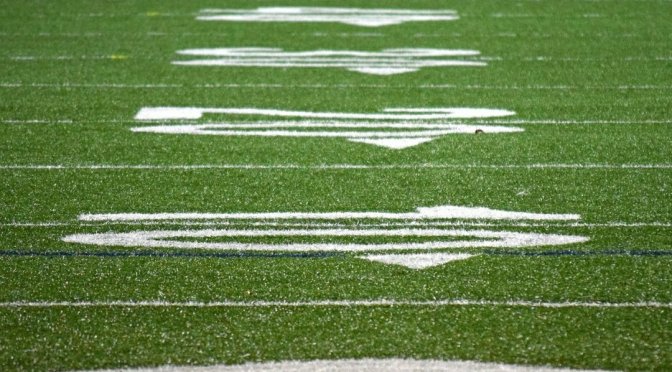 If you listen closely, you can probably still hear the reverberations of the goal post at Soldier Field. After Cody Parkey’s 43-yard potential game-winning kick hit both the upright and the crossbar, that goal post might not even exist anymore. Sure, the kick was tipped. That does little to numb the pain of eight years of missing the playoffs, only to have your season ended in that fashion. Now, the Chicago Bears have to do some soul searching. Despite the success this year, the loss exposed several issues.

All year long Head Coach Matt Nagy has lived by the motto “be you”. Sunday, though, he may have shown that he is who we thought he was. Flashback to the 2017 AFC Wild Card game, and you see a Kansas City Chiefs offense looking suspiciously like the Bears did Sunday night. Chicago looked stagnant and boring for three and a half quarters. Quarterback Mitchell Trubisky was off kilter most of that time, while his coach did little by way of play-calling to help him.

Typically the Bears offense has a lot of motion and formations to it; designed to create chunk gains by springing receivers open on all three levels. That does not work when you are not challenging down the field. Instead, Chicago seemed to take the what the Eagles gave them almost to a fault in the first half. A quick scoring drive gave them a 6-3 lead at halftime. They should have taken note. Trubisky was his usual erratic self, but he looked better when playing a faster, freer-flowing pace.

In the second half, it was more of the same, although Trubisky did play much better when let off the leash. It was troubling to see him struggle early and the play-calling not adjust sooner to get him into a rhythm. Perhaps even more disturbing is the Bears running backs only totaled 13 carries the entire game; two more than K.C. rushers in their Wild Card loss last year. Play-calling cost the Chiefs when Nagy was OC. It cost him again Sunday, this time with the Bears.

Their biggest improvements will come from within. When faced with someone who knew him well, Nagy blinked. Perhaps these last two playoff exits will compel him to come out firing and keep his foot on the gas for 60 minutes. His scheme works and his quartback showed he can thrive in it when given the opportunity. Another offseason in this offense bodes well for the young signal-caller. They cannot rest on their laurels. Both must be more consistent; Nagy with aggressiveness, Trubisky with accuracy.

Wide receiver Allen Robinson showed why the Bears paid him. Hopefully, he can be healthier next year. Same for tight end Trey Burton. Also, Taylor Gabriel is not a number two receiver. That may be Anthony Miller, but his fit in the slot seems ideal. Running back is interesting because the Bears were more explosive when Tarik Cohen was featured but struggled closing out games. When Jordan Howard was featured they struggled to put up points. Either keep both involved or find a three-down back.

The defense faces the possibility of losing coordinator Vic Fangio. That would be a massive blow, but some of the names thrown out should he leave are promising. The personnel — namely linebacker Khalil Mack and lineman Akiem Hicks — will remain largely intact and safety Eddie Jackson will return from injury; his absence was felt Sunday. They need to add more pass rushers, as do most teams. Maybe Kylie Fitts steps up in his second year. It will also be a key year for former third-round pick Jonathan Bullard, who has two career sacks.

Too many second half let downs defensively needs to be resolved regardless of if Fangio stays or goes. For all the well deserved praise, there were several penalties by the defense that walked the Philadelphia Eagle down the field. Bryce Callahan’s absence went largely unnoticed until the final Eagles score. Having ten men in the field and giving up a touchdown in a playoff game is unacceptable. Sure Jackson would have helped, but the late game breakdowns hurt this team all season.

Not so special teams

Special teams has not been a strength for the Bears since Dave Toub left. Busted coverage and poor returns were overshadowed by the kicker’s affinity for goal posts. It will all need to be corrected if the Bears are to truly contend for a title. Punting was also hit or miss. Punter Pat O’Donnell doesn’t have the strongest leg, which can be problematic in Chicago. He does do a decent job of pinning opponents when drives still near midfield, but touchbacks are an issue. If not for Parkey, this is a bigger story.

Chicago will almost certainly waive the embattled kicker – who missed seven field goals and three PATs in 2018 – eating the remaining three years and north of three million dollars in the process. His contract makes the Mike Glennon deal seem smart. The Bears stuck with Parkey despite his career-worst season, but a return is unlikely. Even before Robbie Gould was cut the Bears have been dealing with kicking issues. Simply put, it has been an issue longer than it has mattered, but one that will be a priority this offseason.

Overall, the roster is young and should be stable for the next few years. Save for safety Adrian Amos, nickel corner Callahan, and defensive lineman Roy Robertson-Harris, the rest of the impending free agents are replaceable. Starting right tackle Bobby Massie is a candidate to return, but the position could also use an upgrade; perhaps through the draft.

The hope has to be that the offense takes a leap forward; closer to the echelon of the defense, alleviating that burden. There is a good chance this team is nowhere near as healthy next year, and the rest of the division should not be as injured. They have to get better. The offseason rhetoric is bound to promise improvement. The proof will have to wait until next season. This is of course after a season that ended heartbreak, but was better than anyone saw coming.